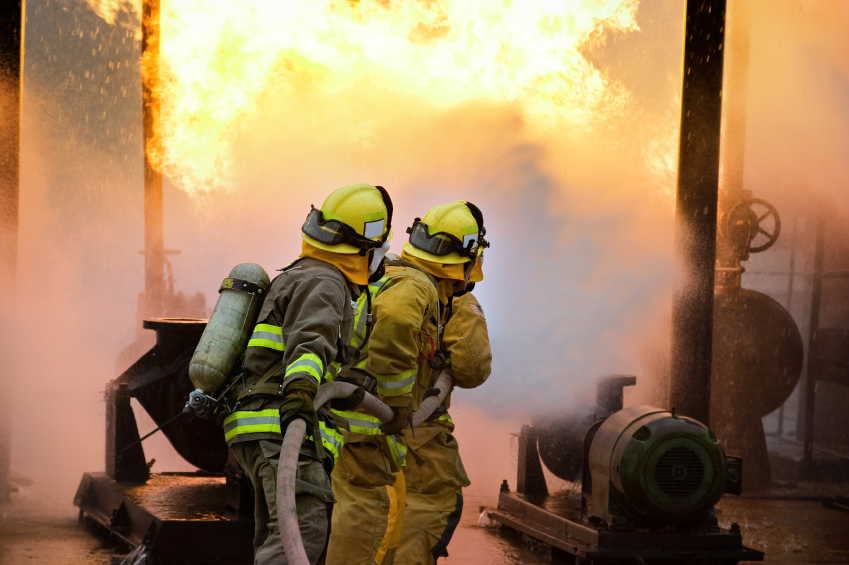 “The Ultimate Mobile App for…” is a blog series that will highlight the top three features and characteristics of mobile apps for specific industries and uses. We’ll take a look at the users most likely to engage with the mobile app then identify the key components that the app should have to be useful and successful.

First we looked at the sports industry, then highlighted the real estate sector. Today we’ll talk about the key features for apps built for first responders.

First responders include firefighters, police officers, and emergency medical service (EMS) personnel. When they respond to an emergency, citizens’ health and lives may be at stake, so first responders must move quickly and deal with an extremely high amount of stress. Mobile applications that first responders employ must be very easy to use to help minimize response times and make their workflow more efficient.

Location is a critical feature for first responder mobile applications. When first responders are deployed to address an emergency, it’s crucial to identify team members’ locations and distances from the site of incidence so they can coordinate their services properly. Additionally, once first responders like firefighters or police officers engage with their targets (fires or criminals, respectively) at the emergency site, it’s extremely important to understand the proximity of officers to each other to properly combat the problem at hand.

Companies like Alcyone Systems and iTrack have developed first responder tracking technology, and Thorn Technologies actually helped TRX Systems build their mobile application that lets first responders track the location of their colleagues indoors via RFID tags on their uniforms that communicate with Android devices.

Many first responders wear protective gloves when handling emergencies, rendering the touch screen features of smartphones useless. So when building these mobile applications, other sense-based characteristics of the phone, such as voice recognition and accelerometer features, must be incorporated to make up for the lack of touch capability.

Identifying real-time changes and dangerous situations is imperative for first responders when engaging with emergencies. Firefighters and police officers especially need to know if their colleagues are in threatening positions or deadly situations so they can react and help.

Thus, mobile alerts are a crucial aspect of first responder mobile applications. In the TRX Systems app, firefighters are alerted when another firefighter is in an “alarm” condition, which is detected when the active RFID tag registers a sudden loss of altitude or lack of motion. The tag will transmit an “alert” beacon which is received by the application running on other devices to inform users that one of their team members may be in trouble. This alert feature, combined with the location-tracking capabilities of the app, allow firefighters to quickly react and respond to help a fellow firefighter in danger.

With lives on the line, first responders must react quickly and decisively to emergencies, and mobile apps must help them do so. Features like location tracking, gesture-based navigation, and alerts are critical in providing first responders with the right information at the right time.