We attended AWS re:Invent 2017 and this is what we learned 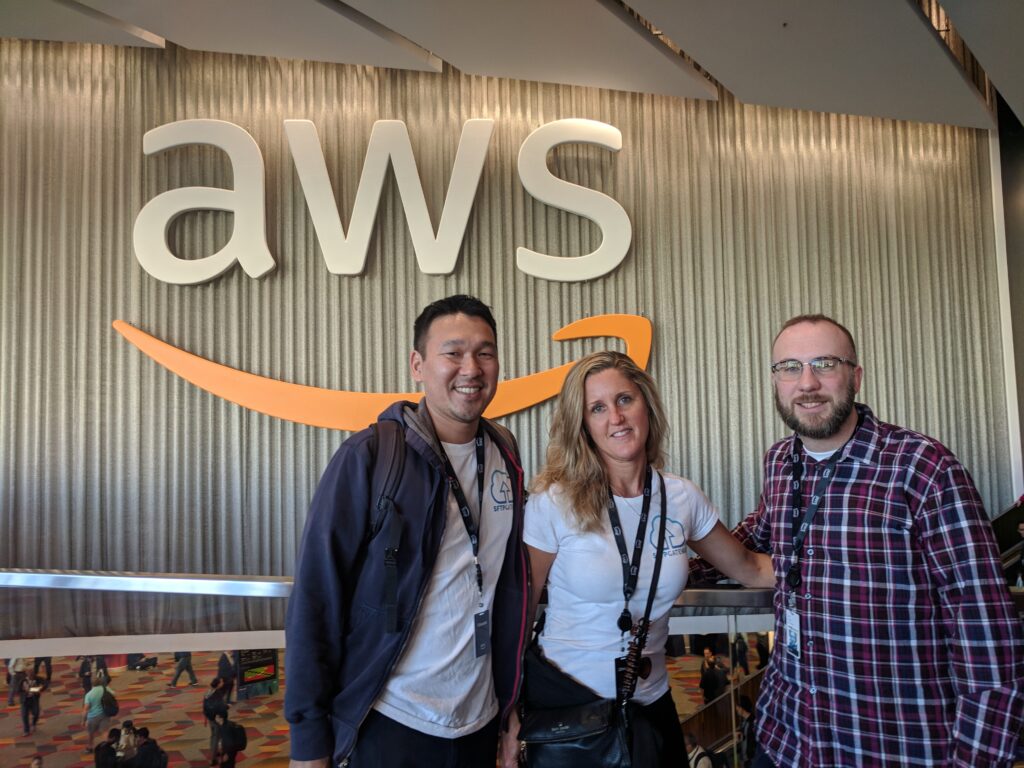 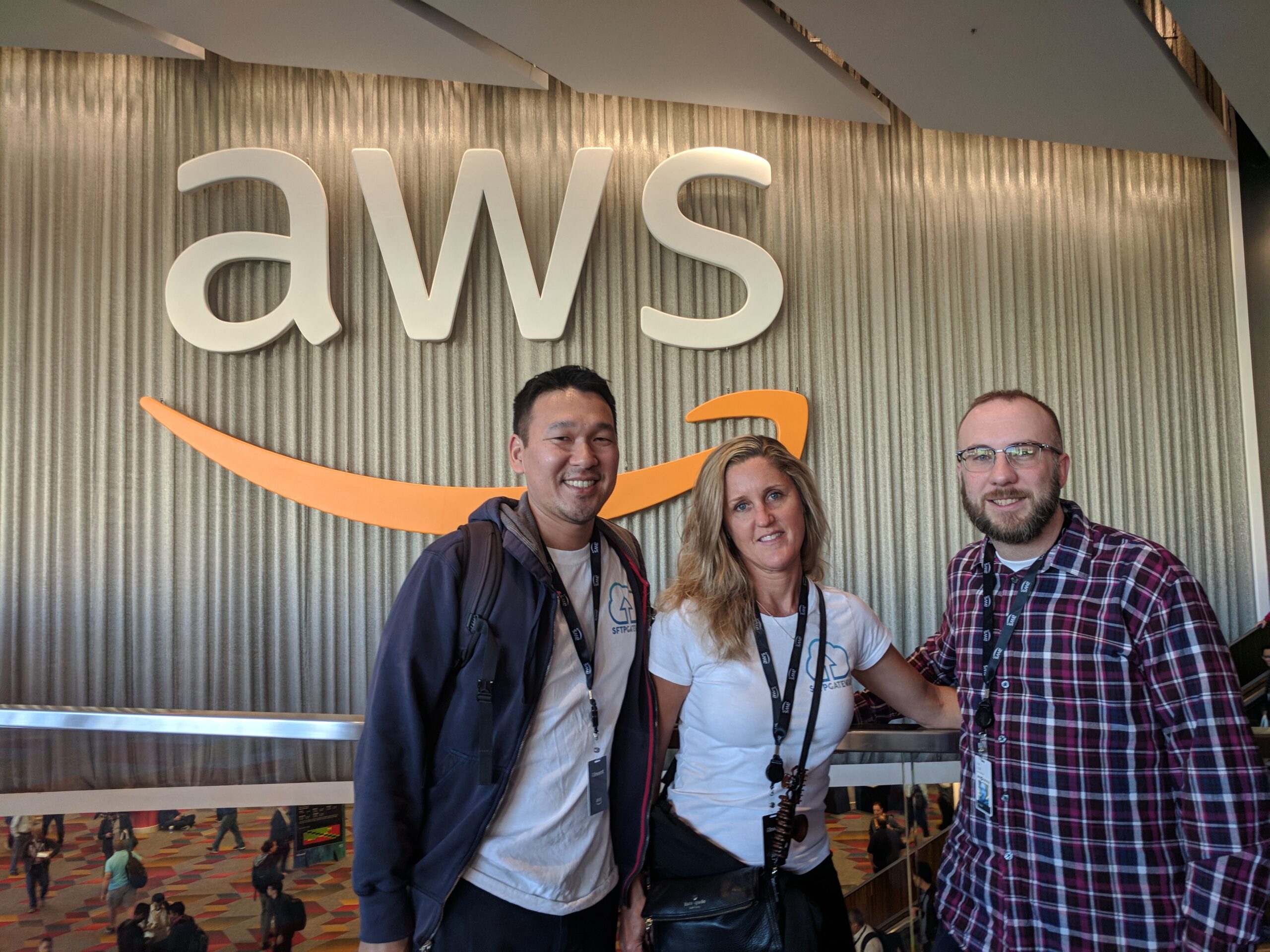 A few members of our team are here at AWS re:Invent in Las Vegas!

AWS announced a ton of new products and services, and we sat in on a few really interesting breakout sessions. Here are some of the highlights.

AWS is bringing Alexa to the workplace with Alexa for Business.

Amazon’s CTO Werner Vogels officially announced the new offering and talked about how you can use the voice-activated virtual assistant to manage your schedule, simplify conference calls, order new supplies, and much more.

Alexa for Business has integrations with key enterprise software such as Salesforce, Microsoft Exchange, SAP Concur, and others.

DeepLens also seamlessly incorporates and integrates with other AWS services such as Greengrass, Lambda, and other AI-based offerings to make your AI ecosystem more powerful.

Amazon was giving away free DeepLens cameras to anyone who attended the training sessions, which of course led to huge lines and crowds.

The process of implementing machine learning models has traditionally been time- and resource-intensive, with data scientists tinkering with their models for months before they can be put into production. SageMaker aims to make this process much faster and smoother, at scale.

It’s clear that Amazon believes that artificial intelligence can transform business’ software products, and are building all the tools to help developers more easily implement AI into their platforms.

Our engineers were really pumped up about the launch of Aurora Serverless, an on-demand, auto-scaling version of Aurora.

Aurora Serverless will automatically start, stop, and scale up and down based on the your application’s needs. This is perfect for apps with intermittent or bursty traffic, such as those that host flash sales, online games, or recurring reporting. Aurora Serverless will certainly save companies lots of money for these types of apps where steady-state usage of Aurora would be too expensive and not make sense.

AWS launched MANY more services, way too many to mention here. Check out this site for a complete list of products and services announced at re:Invent 2017.

In addition to attending keynotes and sessions, we had some fun, too!

Amazon held multiple pub crawls and other fun events throughout the conference. Here’s a pic of us at a happy hour at Hakkasan. 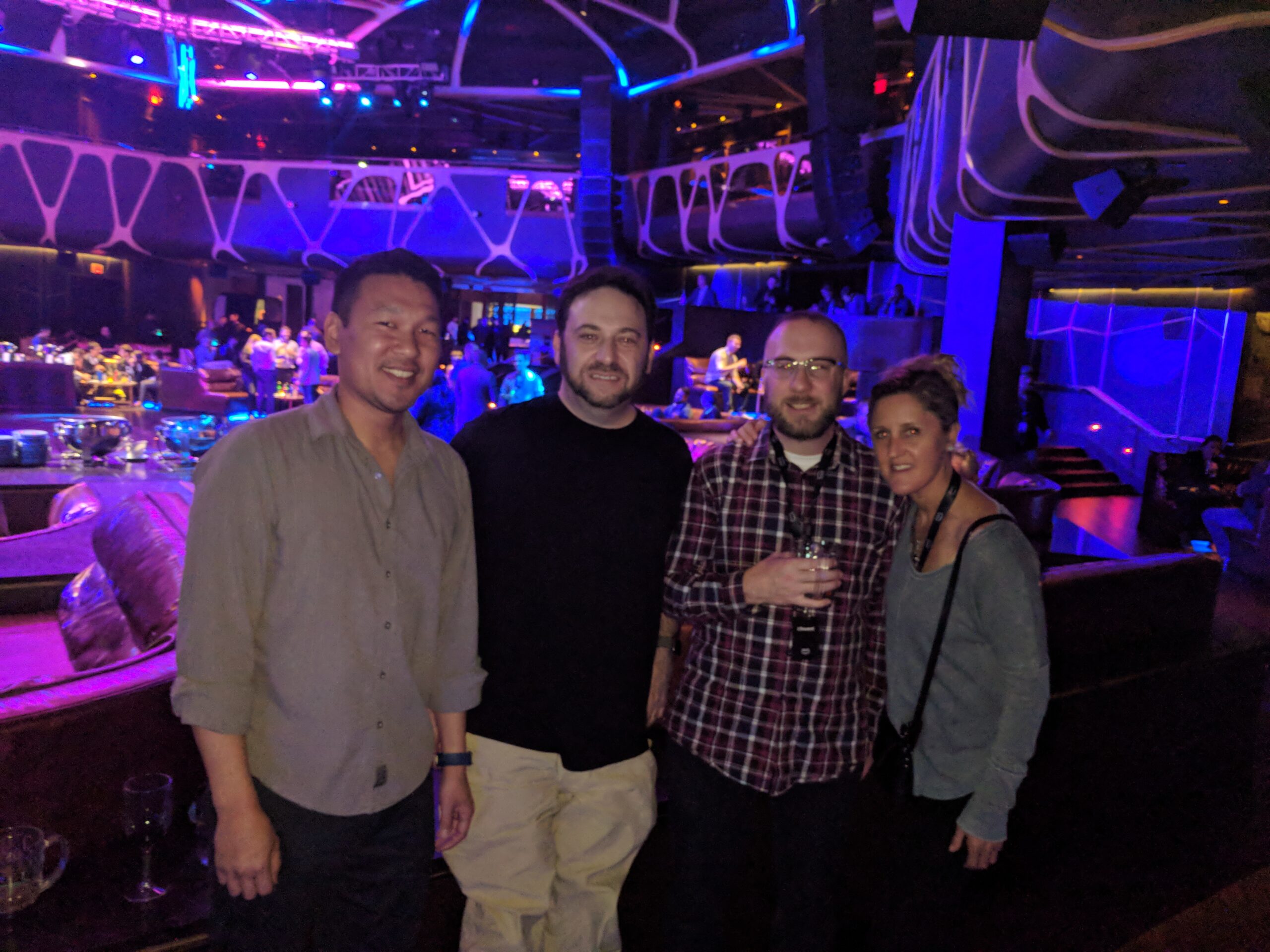 Tonight is the big re:Play finale party, which should be a lot of fun.

Amazon organized an amazing conference. Many new products were announced, there were a ton of interesting breakout sessions and speakers, and the social events were a lot of fun.

We’ll definitely be back next year and hope to see you there!