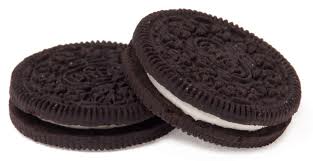 Running a spot during the Super Bowl is the pinnacle of TV advertising, as companies spend upwards of $4 million to engage with more than 100 million U.S. viewers in one sitting. The ad creative is super important, but the best executions connect with spectators not only via the commercial itself, but also through social and (maybe more importantly) mobile, to continue the conversation after the ad airs. After all, if you’re paying that much for a 30-second time slot, shouldn’t you milk it for all it’s worth?

While this year’s crop of companies created some memorable spots that incorporated patriotism, heart-warming emotion, and, of course, humor, most failed to truly integrate the mobile channel to further connect with viewers. A study by Hanon McKendry shows the growing importance of the second screen (computer, smartphone, or tablet) to the Super Bowl viewer’s experience, and advertisers did not capitalize on this trend.

The first failure is lacking any call-to-action (CTA) at the end of the spot. Though many companies use these TV ads to simply raise awareness and build brand equity, a CTA is necessary to prompt the smartphone- or tablet-wielding viewer to learn more about the product or service if he or she so chooses. Brands like Kia and Doritos failed to simply provide a URL for the viewer to visit.

The next failure is including a URL that leads to a non-mobile-optimized site, which the NFL did with their “Leon Sandcastle” ad that led to NFL.com/primetime, and Milk did with their “Morning Run” spot that led to milkmustache.com. A mobile-optimized landing page is critical to the user experience; if a mobile site is too hard to read or view, the visitor will undoubtedly leave in a heartbeat.

The results varied for those who made a conscious effort to incorporate mobile into their ads.

Many commercials, such as Anheuser-Busch’s Ad-Meter-winning “Budweiser Brotherhood” spot and Best Buy’s “Asking Amy” spot, included Twitter hashtags to continue the conversation via social media on mobile phones; solid but nothing spectacular.

In my mind, only two spots effectively incorporated mobile into their creative.

The undisputed winner was Oreo. In the spot titled “Whisper”, the brand started the debate on whether the cookie or creme is the better part of the Oreo. At the end of the spot, viewers were prompted to follow Oreo on Instagram where they can tag photos with #cookiethis or #cremethis to continue the debate. The spot grew Oreo’s Instagram follower base from 2,000 to over 36,000 and likely captured the attention of hundreds of thousands more. In addition to their Instagram mastery, Oreo was also able to nimbly newsjack the power outage by posting an ad on Twitter and Facebook stating that “You can still dunk in the dark.” The ad was retweeted over 14,000 times and Liked over 20,000 times, further proving that the Oreo brand team had their mobile and social strategy down pat.

As the already exorbitant cost of Super Bowl ads continues to grow, companies should extend the engagement much further past the 30 seconds of airtime. Leveraging mobile-optimized websites, mobile social networks, mobile apps and SMS are important ways for brands to continue the dialogue with viewers and get the most out of their $4 million.