What cool mobile technology was launched at the Mobile World Congress? 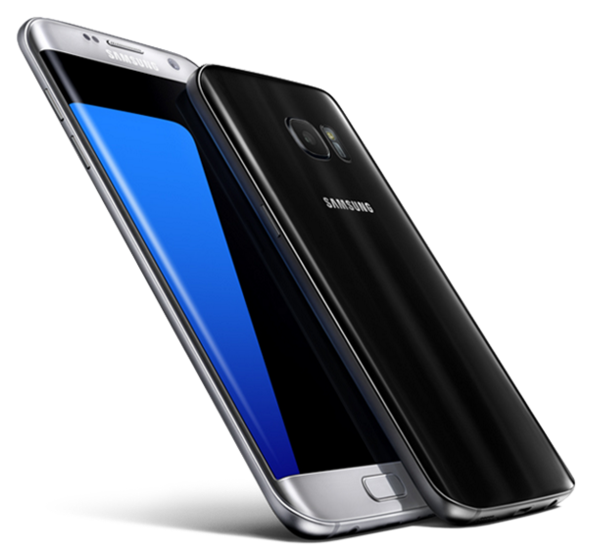 With almost 100,000 attendees from 200 countries, Mobile World Congress is the largest and arguably the most influential mobile technology event in the world.

Held in Barcelona, Mobile World Congress is the event where many new mobile products are launched and exciting technologies are unveiled.

While we couldn’t make it out to Spain, we’ve been monitoring all of the product launches and technology coming out of the conference. Here are the event’s biggest trends and coolest gadgets.

Samsung provided every attendee with a Gear VR headset to view the event in virtual reality. They also launched the Gear 360, a VR camera that can capture 360-degree video and images.

Facebook CEO Mark Zuckerberg was a keynote speaker and lauded the technology as the most social experience yet. Facebook is going all-in with VR; the company’s Oculus unit helped develop the Gear VR headset, and they are working on technology where users can share virtual experiences with each other.

HTC also jumped into the VR mix with its Vive headset. The mobile phone company has worked with video game developer Valve and unveiled its work at Mobile World Congress.

There’s a ton of excitement in the virtual reality space and we can’t wait to see how this all shakes out.

Mobile phone manufacturers love launching their new phones at Mobile World Congress and this year’s event was no different.

Samsung announced its new Galaxy S7 line with big fanfare. While the look of the phone isn’t much different than its predecessor, the new features of the S7 and S7 Edge are impressive.

The phones have an always-on display mode so you can check your notifications, calendar, and clock without having to turn on your screen all the time. The S7’s have increased battery capacity, improved cameras, expandable storage, are waterproof, and much more. It looks like a great phone and a true competitor to the iPhone and other high-end Androids.

The flagship G5 was unveiled by LG as well. The G5 is modular, meaning that you can pop out and plug in different accessories to customize your phone. LG calls these modules “Friends,” and you can add modules to improve the camera (Cam Plus), sound (Hi-Fi Plus, which is designed by Bang & Olufsen), and more.

Leading Chinese manufacturer Xiaomi launched the Mi5, its first new flagship phone in over two years. The phone has a ceramic backing, a 16-megapixel camera, and is the first phone to use the Qualcomm’s Snapdragon 820 processor, making it super fast and powerful.

There was even a phone that can detect and map infrared heat! The rugged Cat S60 has a thermal imaging camera that can map thermal heat from up to 100 feet away. This phone can be used to detect heat loss from doors and windows, identify overheating devices, or find Arnold Schwarzenegger in a dark forest, just like the Predator.

The Cat S60 actually won Best Product of the event.

Lenovo, Sony, Acer and many others launched phones of their own. Check out a nice roundup of the new phones here.

Mastercard will let you make payments using selfies and fingerprints

Mastercard announced that they are building an app that allows users to approve online transactions using selfies and fingerprints, essentially making passwords obsolete.

Here’s how it works. First, you have to download an app to your smartphone, tablet, or laptop and provide your credit card information.

Then in order to verify a transaction you can choose to use your fingerprint or a selfie. If you choose the latter, the app with ask you to blink so it knows you’re not using a picture.

Within seconds, the app will scan your face and approve the payment. So cool.

The app has been tested by Mastercard in the US and Netherlands, and the company plans to further roll out the app in the UK, Canada, Belgium, Spain, and other European countries.

Everyone hates passwords, no matter what device you’re using. But the issue with executing transactions on mobile devices is the inconvenience of typing in a lot of information on a small keyboard. Mastercard’s app aims to help solve part of this problem.

They’re not the only one pursuing this solution though. Chinese e-commerce behemoth Alibaba recently tested a facial-recognition security system, and Android has allowed users to unlock their phones with their faces for a few years.

There is so much cool technology that comes out of Mobile World Congress every year, and this year is no different.

Product launches at Mobile World Congress lay the foundation for the exciting trends in the coming year, and it’s clear that virtual reality will make a huge splash, the competition in smartphones will continue to heat up, and companies will attempt keep trying to make mobile commerce transactions easier to execute.